In Urtuk, the world is an old, destroyed and hostile place. Centuries ago, after the Giants' Extinction, a conflict arose because of the new Trilium resource - a mysterious liquid from the remains of the dead Giants. Since then, this valuable extract has been used to improve physics and health and for all kind of drugs.

There were 4 main factions which inhabited the world - pesky Scavengers, mutated Swampers, proud Valdor Empire, and mysterious Necrons (we might change the name because of Warhammer 40K universe).

Besides all of these, a new hostile race emerges from the Undergrounds - the Karwla.
Little is known about the Karwla, but rumor is that once they were normal people living under the surface and mutated to insect-humanoid species.

When player begins his journey, the Karwla becomes active and erupts to surface, devouring everything in its way.. The appearance of this species expands from zone to zone and player must take great attention to where he wants to go next to avoid the hostility of Karwla.

Karwla continues to expand from west to east within world, the exact way how the player travels.In other words, the player is forced to move quickly to east but he might revisit old locations or even travel to undiscovered nodes back even when occupied by Karwla.

By normal circumstances, the difficulty of the enemy in the current player's zone is balanced but the Karwla is much more harder to defeat. So it poses a great risk for any encounter with this hostile species. 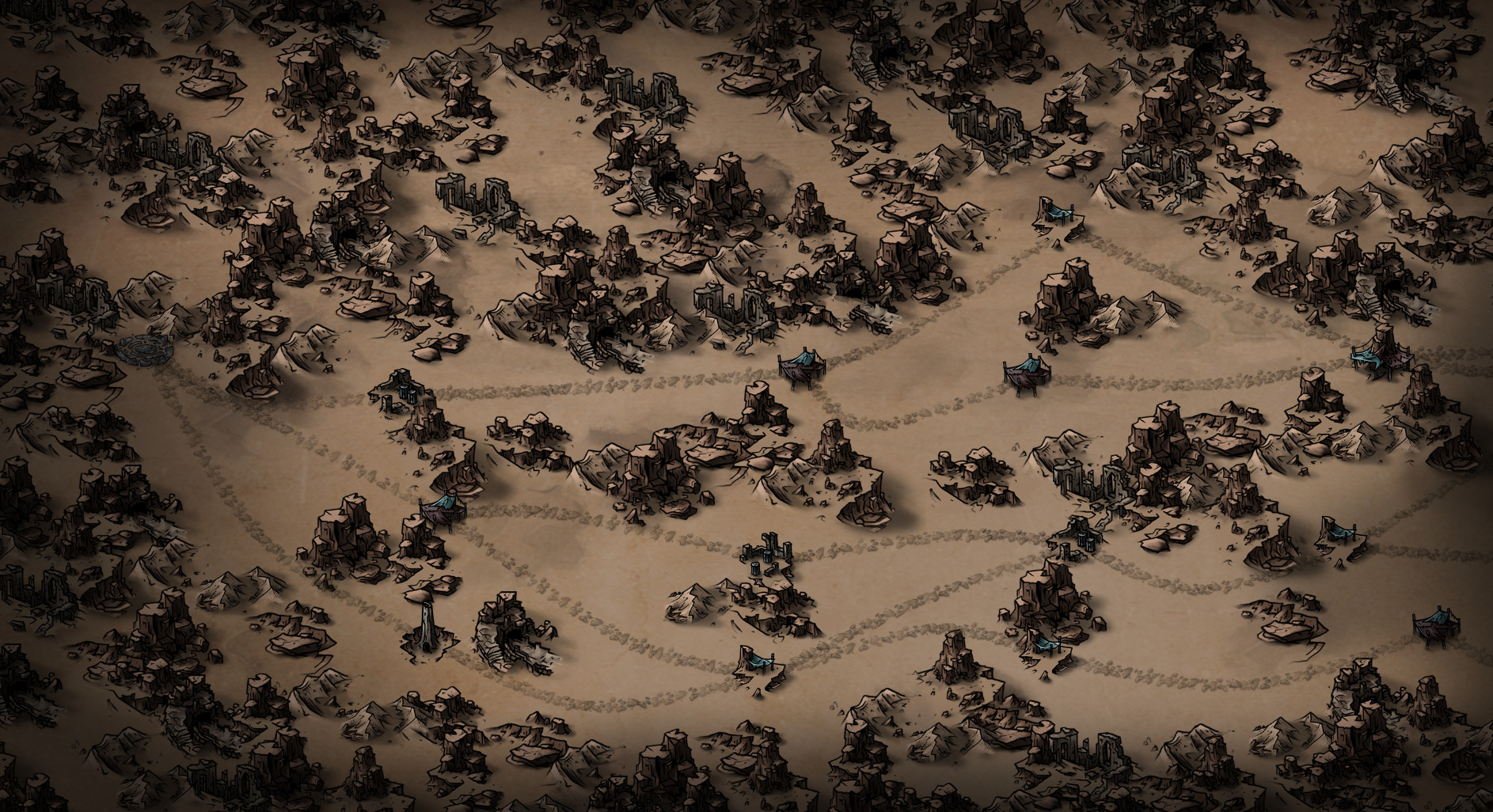 The player travels from location to location and can do this in any direction. But as the time goes on, Karwla might spawn in spots expanding from west to east. The player can of course meet those pesky creatures on battlefield, but the odds will be always against him! So plan accordingly!